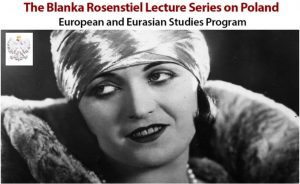 Thursday, Nov. 8, 2018 | 7:00 PM – 9:00 PM | FIU – Biscayne Bay Campus | Mary Ann Wolfe Theater 3000 N.E. 151st Street, North Miami, FL 33181
The European & Eurasian Studies Program at FIU, in collaboration with The American Institute of Polish Culture, The Honorary Consulate of the Republic of Poland, and the European Student Association at FIU, is pleased to invite you to a play about the life of Pola Negri, an extraordinary Polish stage and film actress.

Pola Negri (1894—1987) was a Polish American actress. She was born Barbara Apolonia Chałupec and performed as a ballerina for the Imperial Ballet Academy of Warsaw, but her dancing career was derailed due to an illness. With her first marriage she became Pola Negri, and she soon established herself as a successful stage actress and made her film début in 1914. A few years later she met German director Ernst Lubitsch and together they emigrated to Hollywood. In 1921 she signed a contract with Paramount, the first European actor in history to do so. She quickly became one of America’s most popular and wealthy silent film stars, beloved for her seductive allure and tragic grand dame roles. She was also one of the few actors who was able to transition to speaking and singing parts.

Pola Negri was a style influencer and an undeniable trendsetter, popularizing red toenails, turbans and fur boots. She walked her pet cheetah on the residential streets of Los Angeles, and her passionate relationships with the leading men of the time, Charlie Chaplin and Rudolf Valentino, were daily fodder for celebrity followers. In the 1940s, she officially retired after her years as an important icon of cinema’s golden era, and her contribution to film was recognized in 1960 with a star on the Hollywood Walk of Fame.

We are pleased to offer this riveting stage presentation for the first time in Miami.

Following the play, there will be a reception for the artists and guests.

This event is open and free to the Public and all FIU Students—Funded by CSO
Presented and Co-Sponsored by The American Institute of Polish Culture, The Honorary Consulate of Poland, The Ministry of Foreign Affairs of the Republic of Poland, FIU Department of Theater, The European Student Association, The Miami-Florida Jean Monnet Center of Excellence, and FIU BBC Special Events Office. 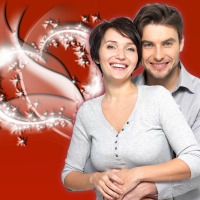